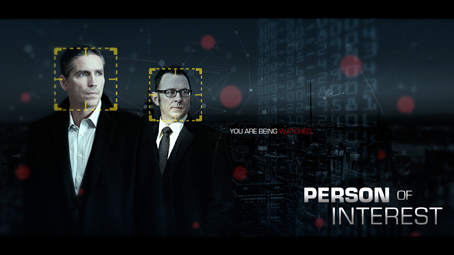 You are being watched.

The government has a secret system. A machine.

It spies on you every hour of every day.

I know because I built it. I designed the machine to detect acts of terror, but it sees everything.

They wouldn't act so I decided I would. But I needed a partner.

Someone with the skills to intervene. Hunted by the authorities, we work in secret.

You will never find us. But victim or perpetrator, if your number's up, we’ll find you."

This is the opening of Person of Interest, an American drama television series broadcasting at CBS. It was launched in 2011 and now it's about to start its fourth season.

But why am I talking about a TV series in a website specialized in CCTV? Because of the very sophisticated surveillance system this series is based on.

Daily, this program generates a list of SSNs (Social Security Numbers) of these people. But it can't determine if the person will be a victim or perpetrator, not even when or where the crime will happen. Besides that, American government is only interested in suspects of terrorist attacks, ignoring other numbers.

Annoyed by knowing that innocent people could be saved from crimes if he takes care of the other numbers, the program's creator implemented a  backdoor software that copies these numbers to him. Incapable of taking care of these crimes alone, he hired a former Green Beret and CIA operative to help him to intervene as needed.

The most interesting part is how this system works. The software monitors more than 8 million New York citizens accessing everything that is connected to any kind of network:

-  Audio data. According to this series, it is possible to remotely activate the microphone of your cell phone, listening everything around you, even if you're not in a call;

- Social network. Software specialist even comments that Facebook is his best tool, as people spontaneously identify themselves there, put pictures, tell everything about their lives...

Crossing and internally processing all these information, the system is able to know where every tracked person had been and with whom he related to. If it founds any suspect behavior involving this person, his number is put on the list.

The most brilliant part of this system is that it does everything without invading people's privacy, as its only output is this list of SSNs; there is no video monitor attached to it, no report at any kind is emitted, no recorded video can be extracted from it, nothing that could compromise no person or could be used against someone. Resuming, it doesn't permit any "human access" to collected data.

Please have in mind that Person of Interest was launched in 2011. Therefore, research made by the author and his vision of future are amazing. But a system like that is still an utopia. I've already seen several evidences that we are heading towards that huge data collect and information crossing but, unfortunately, yet without respecting our privacy:

- In a session I attended at ISC Brazil 2014, a VMS software manufacturer told us that his system is monitoring 40,000 cameras in New York city, but only 2,000 belong to public authorities;

- At Santos port, the biggest in Brazil, Customs uses a VMS software to access more than 1,500 cameras from portuary companies, checking loading and unloading;

- N.S.A. Collecting Millions of Faces From Web Images, this Times magazine article comments how NSA is harvesting huge numbers of images of people from communications that it intercepts through its global surveillance operations for use in sophisticated facial recognition programs, according to top-secret documents;

- Regarding social networks, there is this article from the Guardian: Social media mass surveillance is permitted by law, says top UK official

That's why I recommend watching this series; because it put us to think. But, to not compromise your fully understanding, I suggest you to start from the first episode of first session.