The end of IP cameras?

Thus, despite its many shortcomings, its high cost and the need for an expensive and complex infrastructure, IP cameras have been gaining ground in CCTV systems .

Until came the HD analog technology, i.e.,  the transmission of Full HD images for coaxial cables that, for the reasons below , is robbing the market for IP cameras :

- The migration from analog to IP is a complex and expensive task :

- All analog cabling is removed to be replaced by structured network cabling;

- The site will be unprotected until the new IP system is deployed;

- Migration has to be done at once, which means that the customer must have funds available for it;

- A good knowledge in networks is mandatory in order to be able to configure the system properly.

- The HD analog solution is simple to deploy:

- Most of the time, only the equipment ( cameras and DVRs ) is changed, maintaining the infrastructure that is identical to that used for analog systems:

- The migration can be done in steps;

- In less than an hour the analog DVR is replaced by an HD DVR;

-  Analog cameras can be replaced gradually;

- This migration does not weigh on customer's pocket, he can do it gradually, according to his budget

- No need to be an expert in IT to configure the new system.

- HD Analog systems do not have the characteristic delay of IP cameras;

- IP cameras can easily deliver on its output Full HD images, but these images hardly reach the target with the rate of 30 fps, which is necessary for a system to be named as Full HD; 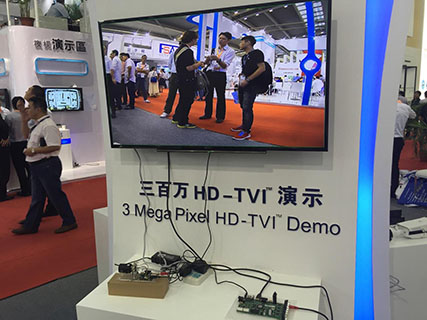 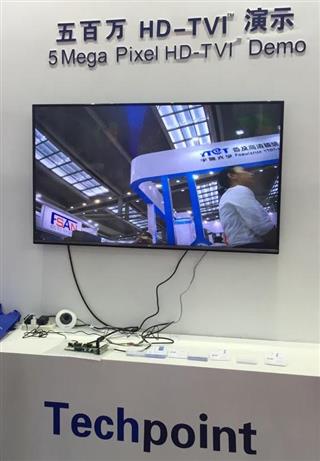 - Also for the coming year is expected the HDcctv 3.0 that will provide :

- PoC - Power over Coax - as the PoE cameras, power to the cameras will be sent by coaxial cable;

- All this over a single coaxial cable connecting the camera to the DVR.

Companies that once fiercely defended the IP cameras are already changing his mind , because they realized this trend.

A very well known Korean company - one of the largest IP camera manufacturers in the market - has just launched its line of AHD cameras ...

Not all analog, not all IP

The best solution is a hybrid system;  HD analog cameras are recorded locally on a HD DVR that is connected via the IP network to a server running a VMS software :

This means the end of the IP cameras?

They will still be useful in the functions for which they were originally devised:

- Situations where the installation of a DVR is impractical;

- Where the distance between installed cameras exceeds the maximum length allowed for cabling;

That is, the monitoring of roads, streets, ports, etc., where there is no suitable location to install a DVR and cameras can be kilometers from each other.

If you, installer or end user, is planning to install a security system with IP cameras, or migrate an existing system to IP, it would be better reviewing your choice ...